Agronomists around the world joined together to win the global challenges

The importance of the World Association of Agronomists (WAA-AMIA) and the themes that emerged from the V World Congress, above  all the hunger in the world, in the exclusive interview to the WAA-AMIA President, Marìa Cruz Dìaz Alvarez

President, what is the WAA-AMIA?
The World Association of Agronomists is a private body born with the aim of organizing a periodic World Congress of Agronomists (and in some cases of Professionals of Agronomy) where to share and discuss the problems that the single Countries are experiencing in the field of agronomy, in farming, and in the agro-alimentary and the agro-industrial branch, with the aim of being able to find new or different capabilities that can allow us to address and to solve them.

Who is part of it?
Currently are part of the Associations agricultural engineers and agronomists from all over the world, coming from the public sector as well as freelance.  At the moment belong to the Association around forty members, representing the national or the regional level, largely grouped in transnational associations. As well there are independent professionals who participate and cooperate with the Association.

What are the activities?
The main activity, but not the least, is to ensure the realization of a congress every four years, which represents  the point of reference for agricultural engineers and agronomists that during the four years of preparation will form discussion groups so to improve the presented work and so to ensure the exchange of ideas worldwide. We would like to be an Association that exists so to be used by all agricultural engineers and agronomists from anywhere in the world. Who does not need to know how to act when planning or working in a foreign country,  so to know which development plans exist in another areas, which innovations, which international advices  you can use, where and how have evidence of the profession of agricultural engineers or agronomists? These responses should be a mid-term goals of the WAA-AMIA and, in this way, form our own professional network.

What is the mission of the Association?
Assemble agricultural engineers and agronomists so that from a perspective of equality and solidarity they can know each other, they can evaluate and valorize themselves and, in any case, help each other. I must recognize that even the only knowledge and recognition of ourselves is a great social goal.

After the V World Congress, can WAA-AMIA give an effort to solve the world hunger?
In the context of food security, agricultural engineers and agronomists have frankly done good job. At this time, the defeat of hunger in the world is not a technical problem: the decrease of hunger problems has been based up on the work and scientific research of all of us. The next step is to get to the political level the determination to put an end to this shameful social evil. 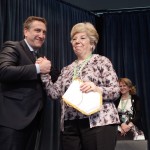 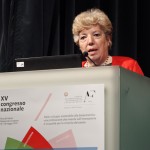 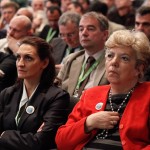 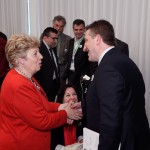 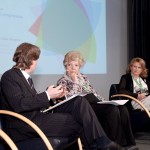 What are the challenges of the future?
Improving the general information so to be useful to the agricultural engineers and agronomists and so that the Association can be a place where to debate and discuss about the problems of agriculture and livestock in the world.

Who is Maria Cruz?
An agricultural engineer, proud of it.

Your professional career?
I am an agricultural engineer at the University of Madrid. Professor in the Department of Edaphology (soil science) and Climatology of the Higher Technical School of Agricultural Engineering. I have worked in the conservation and preservation of soil in Spain and several Latin American countries. Now I am the Deputy Director of Short Courses and university extension at the Menéndez Pelayo International University (one of the government university of Spain), as well as President of the Official College of Agricultural Engineering of Central Spain and Canary Islands and, most important of all, I am mother of two sons who have supported me always in my professional career, along with my husband. Of course, and with pride, I am the president of the World Association of Agronomists.

This website uses cookies to improve your experience while you navigate through the website. Out of these, the cookies that are categorized as necessary are stored on your browser as they are essential for the working of basic functionalities of the website. We also use third-party cookies that help us analyze and understand how you use this website. These cookies will be stored in your browser only with your consent. You also have the option to opt-out of these cookies. But opting out of some of these cookies may affect your browsing experience.
Necessary Sempre abilitato
Necessary cookies are absolutely essential for the website to function properly. This category only includes cookies that ensures basic functionalities and security features of the website. These cookies do not store any personal information.
Functional
Functional cookies help to perform certain functionalities like sharing the content of the website on social media platforms, collect feedbacks, and other third-party features.
Performance
Performance cookies are used to understand and analyze the key performance indexes of the website which helps in delivering a better user experience for the visitors.
Analytics
Analytical cookies are used to understand how visitors interact with the website. These cookies help provide information on metrics the number of visitors, bounce rate, traffic source, etc.
Advertisement
Advertisement cookies are used to provide visitors with relevant ads and marketing campaigns. These cookies track visitors across websites and collect information to provide customized ads.
Others
Other uncategorized cookies are those that are being analyzed and have not been classified into a category as yet.
ACCETTA E SALVA